A World Away From Trump: Obama Photog Triggers The Tears In Documentary 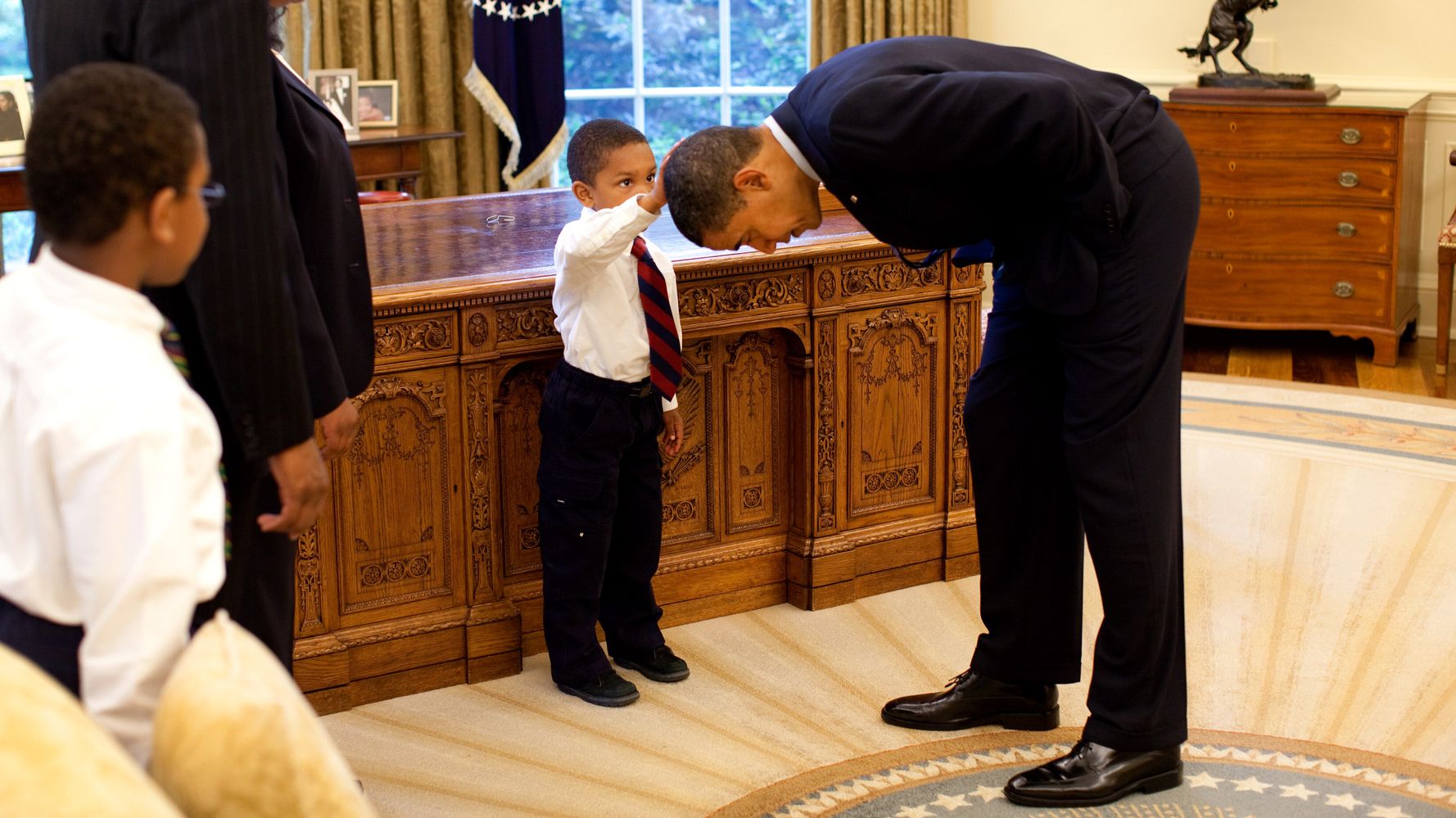 Barack Obama’s White House photographer touched the hearts of viewers Friday with powerful scenes in a new documentary from an administration that feels like lifetimes ago.

The moving photos by Pete Souza in the “The Way I See It,” a documentary produced by MSNBC and Focus Features that aired on the network Friday, triggered an outpouring of reactions on Twitter from tears to yearning and nostalgia — and sadness.

Photos revealed a tearful Obama embracing the parents of Sandy Hook victims, playing basketball with his daughters, letting a young Black boy touch his head to compare haircuts, and lying on his back in the Oval Office grasping a baby in a costume with floppy ears.

Souza was the official photographer for both Obama and Ronald Reagan — presidents, he said, who “respected the dignity of the office.” They also made themselves available to Souza for the sake of history. That’s something Donald Trump does not do, Souza complained, often agreeing only to pose for staged images.

“We need authentic moments for history,” Souza said Friday in an interview with MSNBC’s Joy Reid. “I always looked at my job as: Just hang around. Hang around and be there when things are happening, and photograph as they’re happening. Don’t direct anything, don’t stage anything. You either get it or you don’t.”

.@PeteSouza was always there to document every moment of my presidency, from high-stakes meetings with world leaders to quiet mornings reading briefing memos. The @WayISeeItFilm is one to watch—and a reminder to get registered and make a plan to vote. https://t.co/XdZz4dh82T pic.twitter.com/sMzf6cpRVw

Souza frequently speaks out against Trump on social media, often employing images of Obama in the White House to fuel his hits on the current president. He further drove home the comparison in his 2018 book, “Shade: A Tale of Two Presidents.”

Twitter followers who watched the documentary totally got it.

This is my favorite. It shows how far we’ve come and how far we have to go. pic.twitter.com/mVnVz0BmTM

#SHADE Watching @PeteSouza on @MSNBC OMG don’t know when I’ve been so overcome with emotions 😀😢🙂😭Hadn’t cried this much in a long time. Thank you, Pete. This was wonderful & moving. You ROCK! 💙👊🏽✊🏽 #TheWayISeeIt pic.twitter.com/S6uAA9HGxM

President Obama’s desperate embrace of his daughter, Malia upon first seeing her after he heard the tragic news of Sandy Hook. 💔#TheWayISeeIt #IMissObama pic.twitter.com/ll7CXGxRC4

Me: I can’t miss President Obama any more than I already do…

Truly one of the most moving images from @BarackObama‘s presidency. What do you miss most about the Obama years? #TheWayISeeIt pic.twitter.com/B9IfqK88zu

The montage of President Obama and his daughters is too much 😭. This photo in particular…I gasped. Again, thank you @PeteSouza #TheWayISeeIt pic.twitter.com/iTXfPeqkJz

Photographer @PeteSouza is showing what happened when @BarackObama went to Newtown, Connecticut after the Sandy Hook shooting and cared for the bereaved parents. 😭😭😭

Remember when we had a President capable of empathy? #TheWayISeeIt pic.twitter.com/uq4ia6GzM7

Watching #TheWayISeeIt with my six-year-old and during the section on Sandy Hook she asks, “Were those little kids like me? My size?” How heartbreaking and absurd we continue to not act on such unnecessary violence and death. #GunViolence pic.twitter.com/mh2Ew6o3Z5

Over 145,000 Americans have died from gun violence during Donald Trump’s administration. Juxtapose his callous indifference with President Obama, who said Congress’s refusal to act after Sandy Hook is his greatest regret. #TheWayISeeIt pic.twitter.com/xNuQsrC1ZI

#TheWayISeeIt WOW!!!
As seen through the eyes of @PeteSouza pic.twitter.com/71lk9gtwP5

#TheWayISeeIt shows the kindness of @BarackObama & it reveals the character a President needs to have.

We need a kind, decent man or woman in that position.

“There is no substitute for empathy. It is a foundational relationship between human beings.”
– a Sandy Hook Father

Watching the incredible @PeteSouza relate his time in the Obama White House is #TheWayISeeIt is heartbreaking.
I miss having a president who cares about us. His family. Sandy Hook. Allies.

“There is no substitute for empathy.”
–#DavidWheeler

White House photographer @PeteSouza witnessed not only the politics of a presidency, but the personal moments too.

Trump says Iran will be hit with reimposed UN sanctions. What does that mean? – National