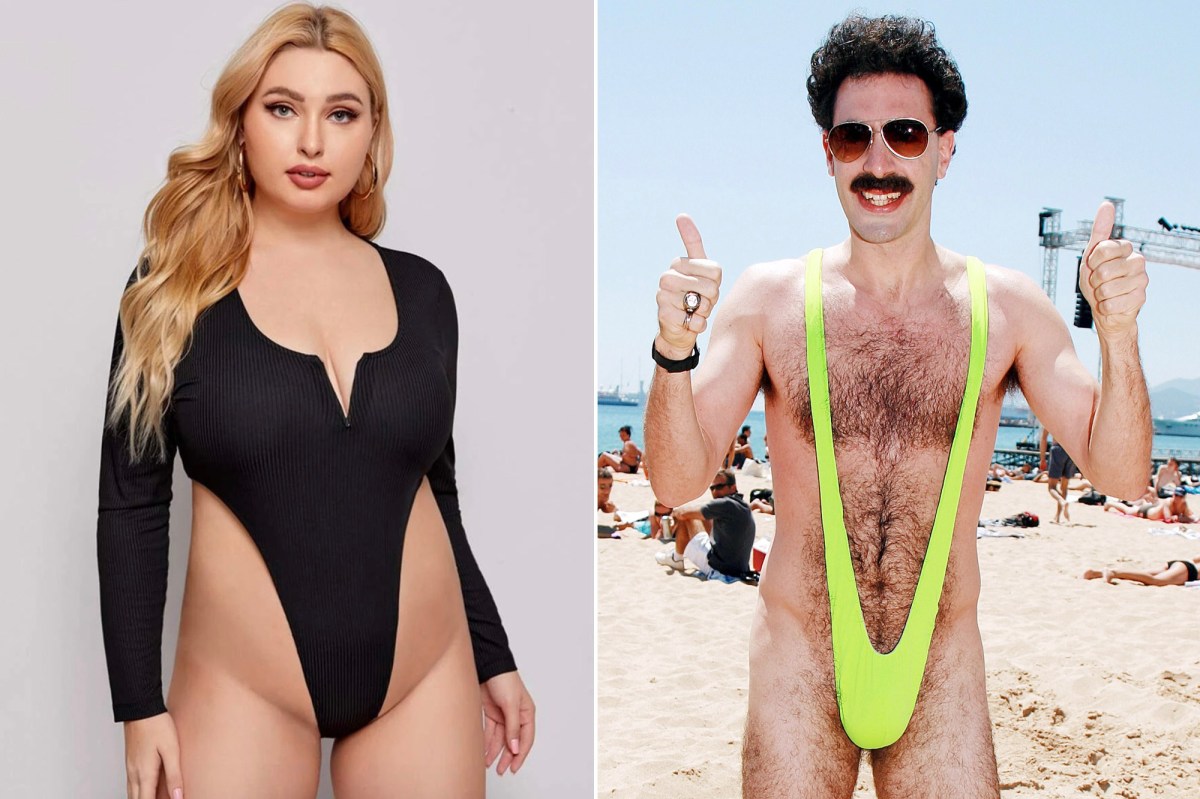 Just in time for the sequel.

Budget-fashion retailer Shein is being eviscerated online for an $11 high-cut bodysuit that’s drawing comparisons to the mankini made infamous by Sacha Baron Cohen as Borat. The internet was alerted to the racy item’s existence by a now-viral Facebook post from a customer, who wrote, “What is this!?,” the Daily Mail reported.

The plus-size “V-bar Neck High Cut Bodysuit” is billed on the Chinese retailer’s site as “sexy” with a “slight stretch.”

However, Facebook fashionistas thought that the risqué attire, with a cut that barely conceals the wearer’s nether regions, was decidedly not “very niiiice.”

Many users simply responded to the post with GIFs of Cohen’s brazen beachwear worn to promote the 2006 film “Borat.” In the smash-hit mockumentary, fictitious Kazakh journalist Borat is dispatched to the United States to report on the alleged greatest country in the world.

Some took shots at the bodysuit’s constricting design.

“Sneeze and you’ll be sliced up to your belly button,” quipped another.

Meanwhile, others mocked the pic for appearing to Photoshop the model. “I reckon even Barbie and her non existent flaps would be like nope,” wrote one cynic.

Shein has not issued a comment on the groin-baring garment, but the timing comes as the “Borat” sequel, called “Borat Subsequent Moviefilm,” is slated to be released in the US on Friday.

Eric Trump clarifies remarks on being ‘part of’ LGBT community