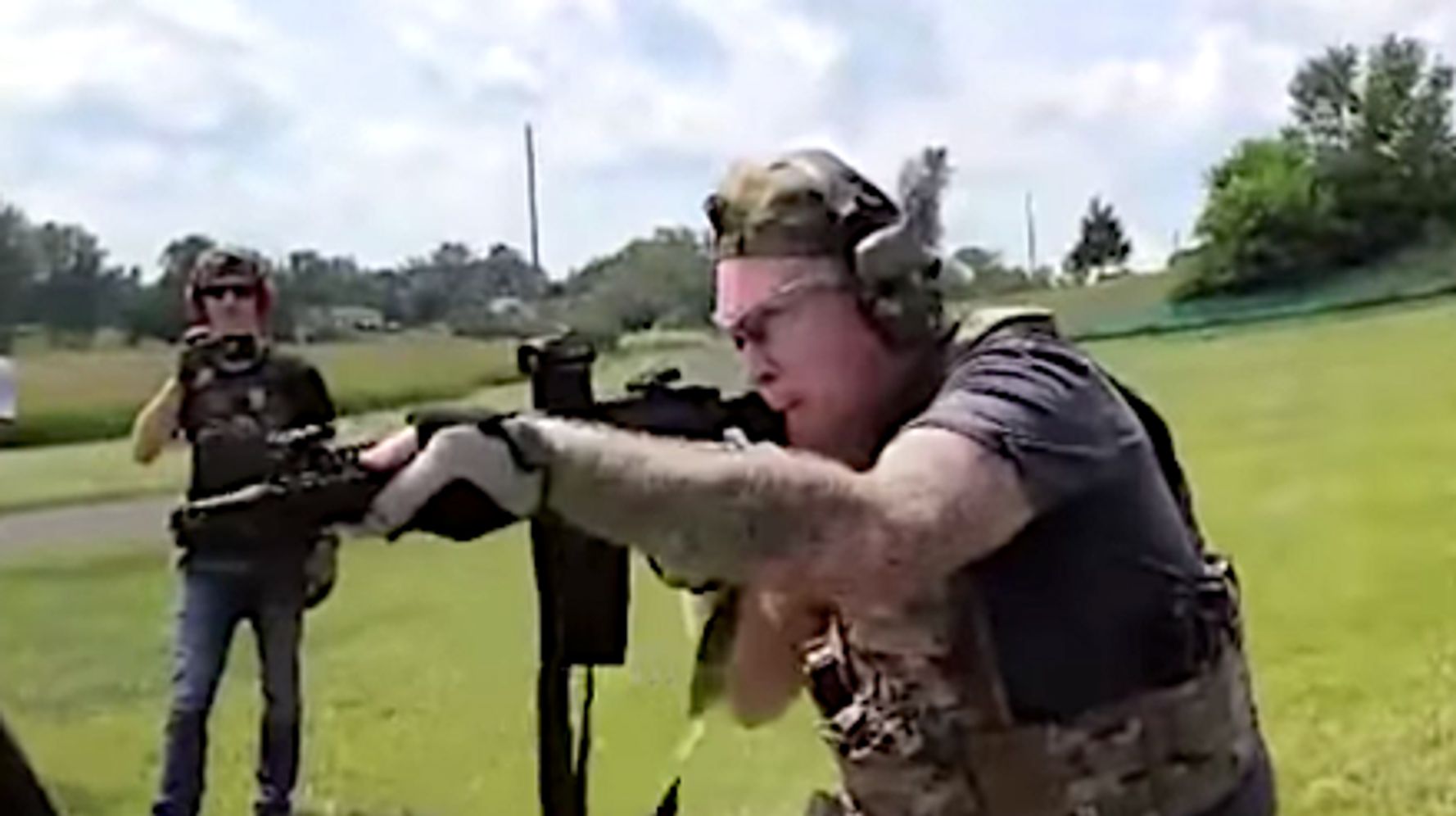 Federal officials have released disturbing videos, including what appears to be practice for an armed assault, of members of a Michigan militia who have been charged with allegedly plotting to kidnap the state’s governor.

The videos, along with photos and other exhibits, were introduced into evidence at a preliminary examination in a federal district court in Grand Rapids for six men charged with conspiring to kidnap Gov. Gretchen Whitmer.

The videos presented a dramatic contrast to a defense attorney’s claim in court Friday that the alleged plot to kidnap the Democratic governor was just “loose talk.”

The men planned to kidnap Whitmer, whom they referred to as a “tyrant bitch,” because of her restrictions on businesses and safety requirements such as face masks to help stem the spread of COVID-19, according to an FBI affidavit filed in court last week.

The apparent training video emerged as President Donald Trump﻿ continued his attacks on Whitmer at a Michigan rally Saturday. He worked the crowd into a frenzy, calling for all business restrictions to be dropped, then repeated the crowd’s chant: “Lock her up” — though Whitmer has not been charged or even suspected of any crime whatsoever.

Whitmer shot back on Twitter that Trump’s renewed attack on her over COVID safety measures is “exactly the rhetoric that has put me, my family, and other government officials’ lives in danger while we try to save the lives of our fellow Americans.”

This is exactly the rhetoric that has put me, my family, and other government officials’ lives in danger while we try to save the lives of our fellow Americans. It needs to stop. https://t.co/EWkNQx3Ppx

One of the videos released Friday show a pair of men in fatigues and armed with what appear to be assault-style rifles leaping from a car and firing at an imaginary, unknown target. Other armed men in military fatigues are seen already positioned outside the car.

Other videos show individuals showing off and handling an arsenal of weapons.

In another video, indicted suspect Brandon Caserta talks into a camera about taking out “government thugs.”

If this “whole thing starts to happen, I’m telling you what, dude, I’m taking out as many of those motherf**kers as I can. Every single one, dude,” he says in the video. “I’m sick of being robbed and enslaved by the state … they are the fucking enemy. Period.”

All six of the charged militia members are being held without bond. One of them is awaiting extradition from Delaware. Eight other men are facing terrorism-related state charges.