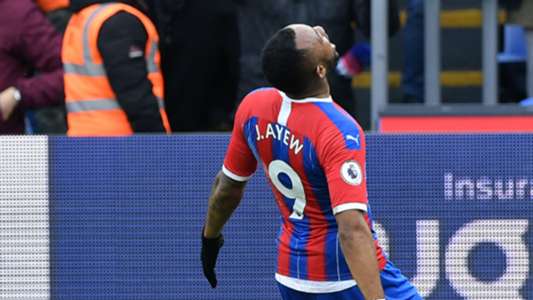 Crystal Palace forward Jordan Ayew has been adjudged 2019 Footballer of the Year by the Sports Writers Association of Ghana (Swag).

The striker beat off competition from new Arsenal signing Thomas Partey and China-based midfielder Mubarak Wakaso in the event held in Accra on Saturday evening.

Currently in Ghana’s camp for October’s international friendly matches against Mali and Qatar, the centre-forward was presented with his award by Ghana Football Association (GFA) president Kurt Edwin Simeon Okraku in Turkey.

The award honours the most outstanding Ghanaian male footballer plying his trade abroad.

“Thank you to Swag Ghana! I’m honoured and grateful to receive the Swag Foreign Footballer of the Year Award,” Ayew has posted on social media.

Thank you to @SWAG_Ghana ! I’m honoured and grateful to receive the SWAG Foreign Footballer of the Year Award 🙏🏽🙏🏽🇬🇭🇬🇭 #Ghana #cpfc pic.twitter.com/EMXJpIg9YI

Congratulations to @jordan_ayew9 for winning @SWAG_Ghana Footballer of the Year 2019. GFA President Kurt ES Okraku handed the Award to Jordan at the Black Stars camp in Antalya, Turkey and was watched by all who attended Saturday’s award ceremony pic.twitter.com/109aBnS2bv

The former Olympique Marseille man succeeds last year’s award winner Partey, who was also in contention for this year’s prize.

The Swag gong is Ayew’s latest honour after he scooped three at Crystal Palace’s End of Season Awards in July following a fine club campaign.

In his second year with the Eagles, the 29-year-old registered nine goals in 37 Premier League appearances to help the club finish the season in 14th position.

This season, however, he is yet to find the back of the net after four rounds of matches.

Ayew also netted twice for Ghana at the 2019 Africa Cup of Nations tournament in Egypt.

On Friday, the striker was in action as Ghana succumbed to a disappointing 3-0 defeat to Mali in a friendly tie.

He will hope to register his first strike of the 2020-21 term in any competition when the Black Stars face 2022 World Cup hosts Qatar in a second friendly game on Monday.

Elsewhere at Saturday’s Swag awards, Asante Kotoko goalkeeper Felix Annan was adjudged the most outstanding player on the domestic scene.

Ghana women’s captain Elizabeth Addo won the award for the best female footballer of the year.

The awards gala was delayed until October by the coronavirus outbreak.

National League refresher: What is at stake?