Jets offense looking to build off near-miss vs. Patriots 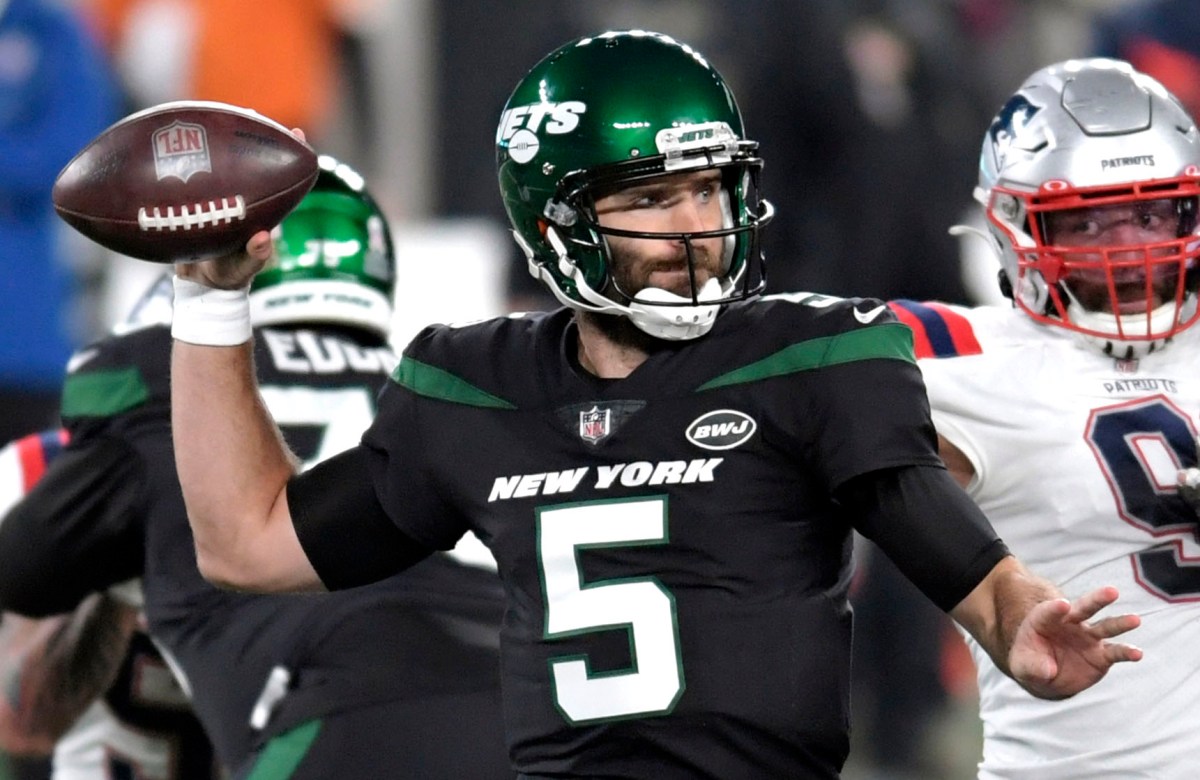 The Jets offense showed signs of life two weeks ago against the Patriots. Now, can they keep it going?

The league’s worst-ranked unit played its best game against the Patriots before its bye week. The Jets racked up 322 yards, a season-high, and 27 points, their second-most this season. Was it a one-week blip or something to build on?

The 0-9 Jets will find out when they face the 2-7 Chargers on Sunday in Los Angeles.

“I think whenever you play somewhat well on either side of the ball, hopefully you carry it to the next week and build off of that, create some momentum, create some confidence,” said quarterback Joe Flacco, who will make his second straight start. “I think that’s the biggest thing. We’ve definitely struggled to get the ball in the end zone for a lot of the year and to be able to put the ball in the end zone like we did last week, I think it got guys’ confidence going again, got guys believing that we could do it, so hopefully we can build off of that for sure.”

Flacco played much better against the Patriots than in his two starts in place of Sam Darnold earlier this season. With Darnold still nursing a shoulder sprain, Flacco gets another chance to show off his big arm.

The biggest difference for the Jets against New England was having their starting wide receivers together for the first time. Breshad Perriman, Jamison Crowder and Denzel Mims had not all been healthy together until that Monday night game. Perriman scored two touchdowns and Crowder had one. Perriman and Mims stretched the field, showing what the offense could have looked like if those three had been healthy.

“I think the three starting receivers being out there had a lot to do with us being able to move the ball a little better, getting some explosive plays,” coach Adam Gase said. “It makes a big difference when you’ve got two fast guys outside, Crowder being able to work in between the numbers and do what he does. … We just want to keep these guys as healthy and see how many games in a row we can actually go with them starting together.”