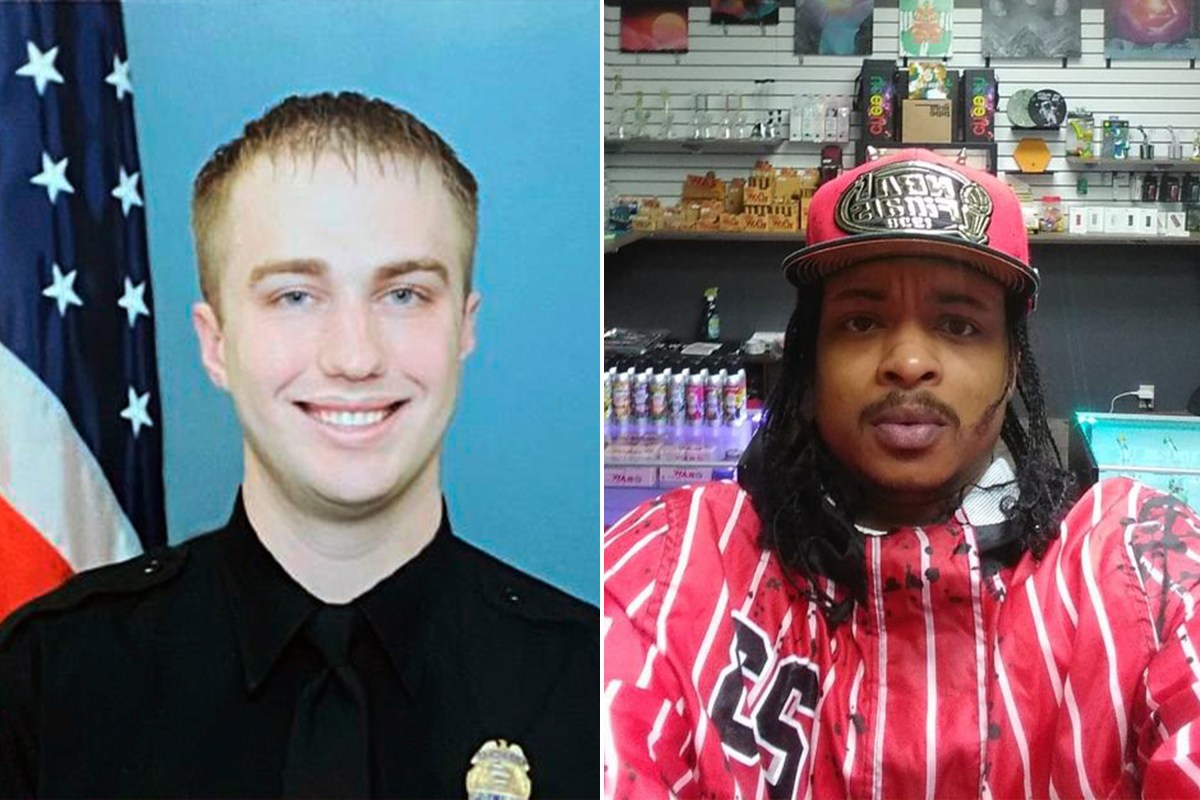 Jacob Blake — whose police shooting in Kenosha, Wis. touched off a renewed, nationwide wave of anti-cop sentiment — was armed with a knife and had engaged in a violent struggle with officers moments before he was shot, according to shocking new law enforcement allegations.

A knife-wielding Blake had put one of his arresting officers in a headlock and shrugged off two of their attempts to stun him into submission, an attorney for the union that reps Kenosha police, told The Associated Press.

The lawyer’s claim that Blake was holding a knife before they shot him seven times in the back appears to contradict the account of state investigators, who had said the knife was recovered inside Blake’s vehicle.

Brendan Matthews, the attorney for the Kenosha Professional Police Association, issued a statement Friday giving the police’s own version of events as they face criticism from across the country.

Matthews said Blake was holding a knife that officers initially didn’t notice during the altercation on Sunday.

“The officers first saw him holding the knife while they were on the passenger side of the vehicle,” he said.

But Wisconsin Attorney General Josh Kaul said on Wednesday that a knife was recovered from the driver’s side floorboard of Blake’s car, that no other weapons were found at the scene and that Blake had told the officers he had the knife.

Kaul has declined to comment on when the knife was recovered in the car.

Matthews claimed when the officers spotted the knife, they made multiple requests to Blake to drop it and that he was uncooperative.

That’s allegedly when the officers used a Taser on Blake in a failed attempt to incapacitate him, Matthews said.

The witness who recorded the shooting, 22-year-old Raysean White, has said he hadn’t seen a knife in Blake’s hand, but that he heard the officers yell to him, “Drop the knife! Drop the knife!” before they shot Blake in front of his young children.

Matthews also claimed that Blake was physically aggressive with the officers.

“Blake forcefully fought with the officers, including putting one of the officers in a headlock,” Matthews said.

Blake’s lawyer, Benjamin Crump, said earlier this week that the father was only trying to break up a domestic dispute and did not provoke the police before the shooting that has left Blake paralyzed.

Crump noted that witnesses didn’t see him with a knife.

All three officers involved — Vincent Arenas, Brittany Meronek and the shooter, Rusten Sheskey — have been placed on administrative leave as the police union came to their defense.

“Based on the inability to gain compliance and control after using verbal, physical and less-lethal means, the officers drew their firearms,” Matthews said.

“Mr. Blake continued to ignore the officers’ commands, even with the threat of lethal force now present.”