Lara Trump Defends ‘Lock Her Up’ Chants About Whitmer, Says Trump Was ‘Having Fun’ 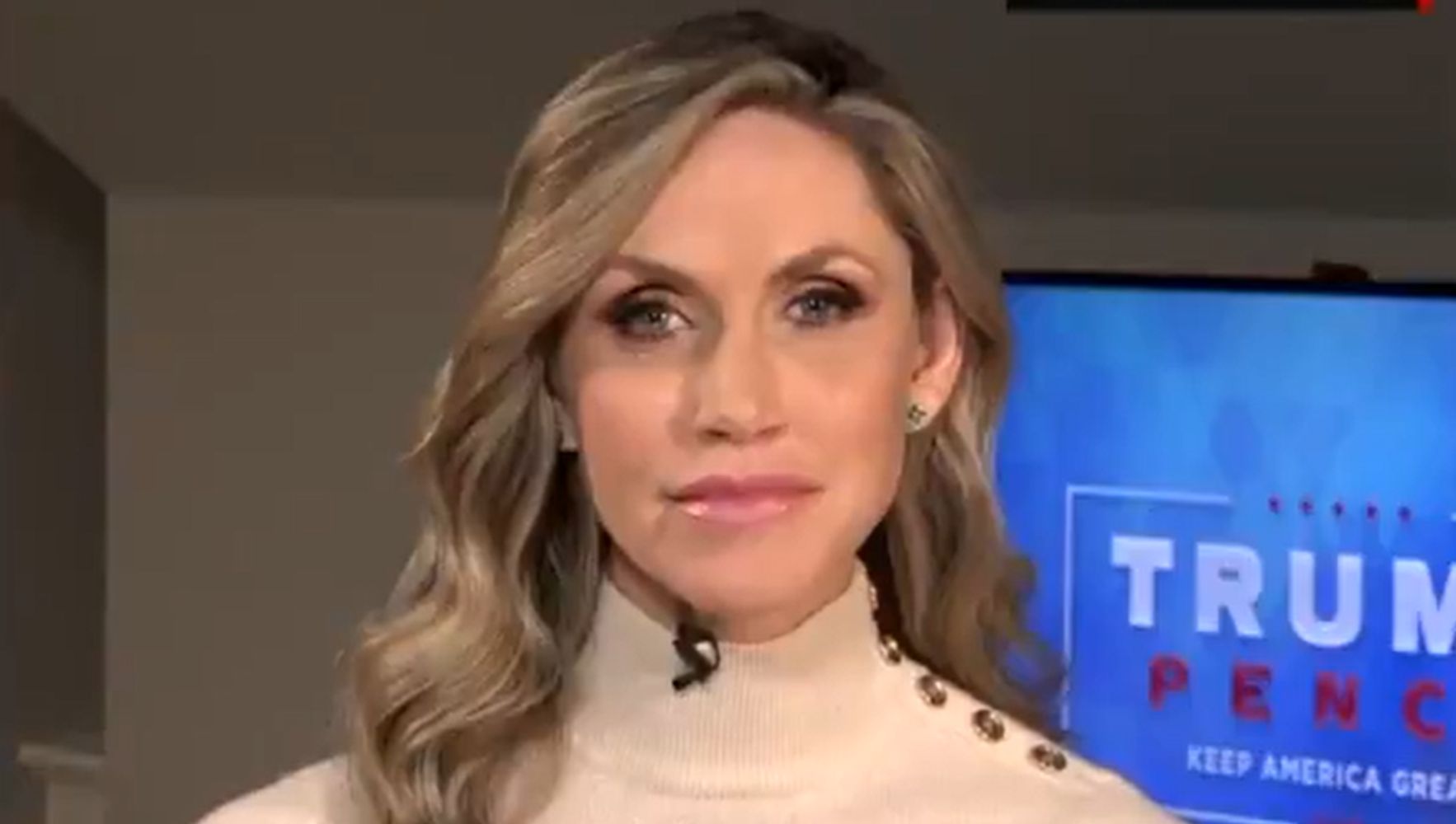 Lara Trump on Sunday defended calls for Michigan Gov. Gretchen Whitmer to be locked up that came during a rally for her father-in-law, President Donald Trump on Saturday. She claimed the calls had “nothing to do with” a recent kidnapping plot against Whitmer and that Trump was merely having fun.

“He wasn’t doing anything, I don’t think, to provoke people to threaten this woman, at all,” Lara Trump, who serves as a senior Trump campaign adviser, said of the president on CNN’s “State of the Union.” “He was having fun at a Trump rally. And quite frankly, there are bigger issues than this.”

Her dismissal of the chants came hours after a crowd of Trump supporters in Michigan called for the governor to be locked up in response to the state’s handling of the ongoing coronavirus pandemic.

When asked if the President should tone down his rhetoric against Michigan Gov. Gretchen Whitmer, Trump campaign senior adviser Lara Trump says, “He wasn’t doing anything, I don’t think, to provoke people to threaten this woman at all. He was having fun at a Trump rally” #CNNSOTU pic.twitter.com/Hm9GIWeH5d

Trump appeared to laugh at the chant. He added: “Lock ’em all up.”

Whitmer, who authorities said was the victim of a foiled armed abduction by Trump-supporting militia members earlier this month, emphasized the seriousness of the president’s behavior, declaring on Twitter shortly after the incident: “It needs to stop.”

This is exactly the rhetoric that has put me, my family, and other government officials’ lives in danger while we try to save the lives of our fellow Americans. It needs to stop. https://t.co/EWkNQx3Ppx

“This is exactly the rhetoric that has put me, my family and other government officials’ lives in danger while we try to save the lives of our fellow Americans,” she said, while sharing a video of Trump’s behavior at the rally.

Asked whether the rhetoric should be toned down, Laura Trump argued that the comments about Whitmer had “nothing to do with this attack against her.” She further argued that she and her family receive their own threats, suggesting that makes it OK.

Six members of a Michigan militia were arrested earlier this month and charged with plotting to kidnap Whitmer in response to significant restrictions she placed on the state to try to stop the coronavirus from spreading. Separately, seven others were charged for allegedly seeking to storm the Michigan Capitol and instigate a “civil war,” according to an affidavit released by the FBI.

After Whitmer condemned Trump for encouraging violence among his supporters with hate speech and support of violent groups, Trump accused her in an interview on Thursday of wanting “to be a dictator.”

We want to know what you’re hearing on the ground from the candidates. If you get any interesting ― or suspicious! ― campaign mailers, robocalls or hear anything else you think we should know about, email us at scoops@huffpost.com.