Native Americans Are Afraid, Hard-Hit As Coronavirus Spikes In The Great Plains 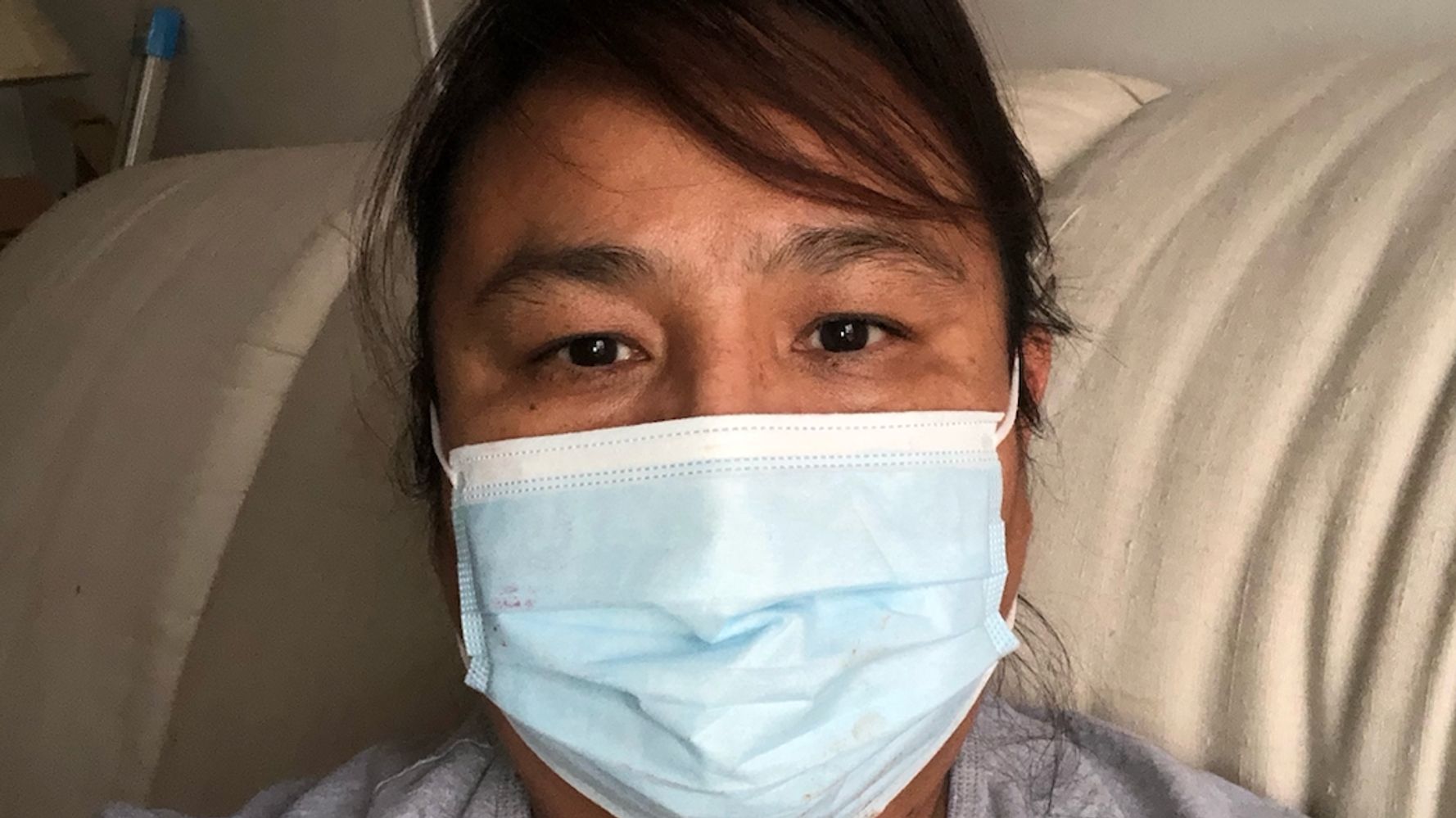 The coronavirus is devastating Native American communities as infections are on the rise nationwide.

As COVID-19 cases have shot up in recent weeks, the Indian Health Service federal agency reported a 25% positivity rate among Native Americans in the Great Plains, which includes the Dakotas.

“They’re afraid. Our people, they are afraid,” said Rodney Bordeaux, president of the Rosebud Sioux Tribe, the second-largest tribe in South Dakota with more than 33,000 enrolled members. As of Wednesday, the tribe had confirmed more than 200 active cases and over a dozen members dead.

“It’s scary,” he added, noting that they are “losing elders,” and among those still recovering, they’ve seen breathing problems, body aches and confusion.

Tribal leaders noted that Native Americans have disproportionately high rates of preexisting conditions, such as diabetes, heart disease and obesity, which are linked to ongoing inequities, like a lack of access to quality food and health care. These health conditions place the group at higher risk of severe consequences from the coronavirus.

Lori Walking Eagle, 53, who lives on the Rosebud reservation in South Dakota, tested positive for the coronavirus last Wednesday. After feeling exhausted the previous day, she woke up with a headache, diarrhea and vomiting. She went straight to the IHS hospital, where a doctor and a nurse — who’d both previously had the coronavirus — gave her medication, instructions and sent her home to recover. But once home, she stopped short outside her door.

“I was crying outside. I didn’t want to come in,” said Walking Eagle. She didn’t want to infect her son, his pregnant girlfriend and their two kids, who all live with her.

A week later, she is slowly feeling better but is still plagued with anxiety.

“I hear about the brain fog, that months later people are suffering psychological disorders,” she said. “I’m afraid.”

Hundreds of cases have been linked to a 10-day motorcycle rally in August in Sturgis, South Dakota, where hundreds of thousands of attendees gathered, many of them maskless.

Meanwhile, Native tribes have been far stricter than state governments in setting rules to curb the virus’s spread, including imposing mask mandates, curfews and stay-home orders on their reservations. But tribes are far from isolated from the surrounding non-Indian populations.

Jamie Azure, tribal chairman for the Turtle Mountain Band of Chippewa Indians — the largest tribe in North Dakota, with more than 30,000 enrolled members — noted that people still need to go off reservation for necessities. Native people make up about 6% of North Dakota’s population.

“Without everybody around us following even close to the same protections, it was inevitable we would be affected, no matter what laws we pass as a sovereign nation,” Azure said.

Scott Davis — a member of the Standing Rock Sioux Tribe and executive director of North Dakota’s Indian Affairs Commission, a state agency — called the coronavirus “very stressful” for tribes and “one of the biggest concerns” they’ve had to face in his over a decade on the job.

“I have friends my age who are afraid because they respect the virus. They’ll mask up, they follow the rules. But because we have such a high rate of underlying health conditions, we’re more susceptible,” he said, noting he had to have a coronary bypass last month at age 51. He also lost a family member to the coronavirus last weekend.

They’re afraid. Our people, they are afraid.
Rodney Bordeaux, president of the Rosebud Sioux Tribe

In its August coronavirus report, the CDC noted that “persisting racial inequity and historical trauma have contributed to disparities in health and socioeconomic factors” between Native and white populations, which have in turn “adversely affected tribal communities.”

Bordeaux pointed to how many tribal reservations are considered “food deserts,” with little access to healthful foods. A 2014 U.S. Department of Agriculture report found that only a quarter of residents in tribal areas lived less than a mile from a supermarket, compared with nearly 60% of the U.S. population. What’s more, USDA programs for years distributed low-quality food to reservations, contributing to issues including obesity, diabetes and heart problems. Studies throughout the ’90s found concerns around the high-fat foods, a lack of fresh produce and high levels of sodium and sugar in the food packages delivered to reservations.

Another contributor to the virus’s spread on reservations is a lack of affordable housing, leading to multiple families or several generations of the same one living in the same home.

Tribal leaders also noted that the Indian Health Service, which provides health care on many reservations, has long been under-resourced.

“I look at the treaty obligations, the responsibility for IHS, Congress, to make sure Indian Country has adequate health services — we never had that,” Davis said. His mother, who worked at IHS for 30 years, saw firsthand how it was “always understaffed, always underfunded,” he said.

The hospital in the Standing Rock reservation is “outdated,” with “limited staff” and ventilators “few and far between,” Davis said. And now, with cases spiking across the region, hospitals are nearing capacity. They’re seeing patients sent from the reservation to the nearest hospital only to be told they can’t be taken, so they’re sent to Fargo, another three or four hours away.

“That 2½-hour helicopter ride is a matter of life and death in some instances,” Azure said, noting severe cases get airlifted. “We’ve already seen it. It’s hard.”

Bordeaux in South Dakota said the labs they used to send the reservation’s COVID-19 tests to have gotten too busy amid the spike, so now they’re sent to a lab in Utah, taking up to seven days to get results.

“That’s the kind of health system we have,” Bordeaux said. “You’re infected and you’re not going to find out for seven days — who’d you shake hands with, who’d you hug?”

It’s taken a global pandemic to bring to light… a lot of the issues we’ve been screaming from the mountaintop for years.
Jamie Azure, tribal chairman for the Turtle Mountain Band of Chippewa Indians

It’s not just the virus itself that has tribe members worried. It’s also its ongoing economic fallout.

As tribes have had to close businesses or limit their hours under the curfew, employees have gotten laid off or had their hours and pay cut, Bordeaux said.

Davis noted that casinos at Standing Rock, “the lifeblood of our tribe,” have remained open but with limited access and dwindling clientele.

Meanwhile, in Turtle Mountain, the tribe decided to close its casinos — but Azure worries about the supplemental unemployment of $600 a month that people have gotten under Congress’s relief bill running out, with no assurance it will be extended.

“We’re worried about the safety and health of our people… but by protecting them we’re putting them in harm’s way, as unemployment is running out and they go off reservation to find work,” Azure said. “When I go home, I don’t sleep, because those are the things I worry about.”

The Trump White House had wanted tribes to get $0 of the $10 billion tribes eventually were allocated in Congress’s coronavirus relief bill last spring. In June, a federal judge had to order the Trump administration to distribute hundreds of millions in relief funds that tribes were owed.

Azure made clear that the next administration, under President-elect Joe Biden, had to “not only listen but hear what we’re saying.”

This pandemic has hit communities of color particularly hard. Black Americans, Latinos, and Native Americans are 4x as likely to be hospitalized for COVID-19 as others.@JoeBiden and I are committed to confronting these disparities head-on.

“It’s taken a global pandemic to bring to light… a lot of the issues we’ve been screaming from the mountaintop for years,” Azure said, listing issues like “food wastelands,” sovereign rights and the under-resourcing of IHS.

When the next administration comes in, he said, “we are going to be very, very vocal.”

Everyone deserves accurate information about COVID-19. Support journalism without a paywall — and keep it free for everyone — by becoming a HuffPost member today.
A HuffPost Guide To Coronavirus

De Bruyne: England can win the World Cup and Euros