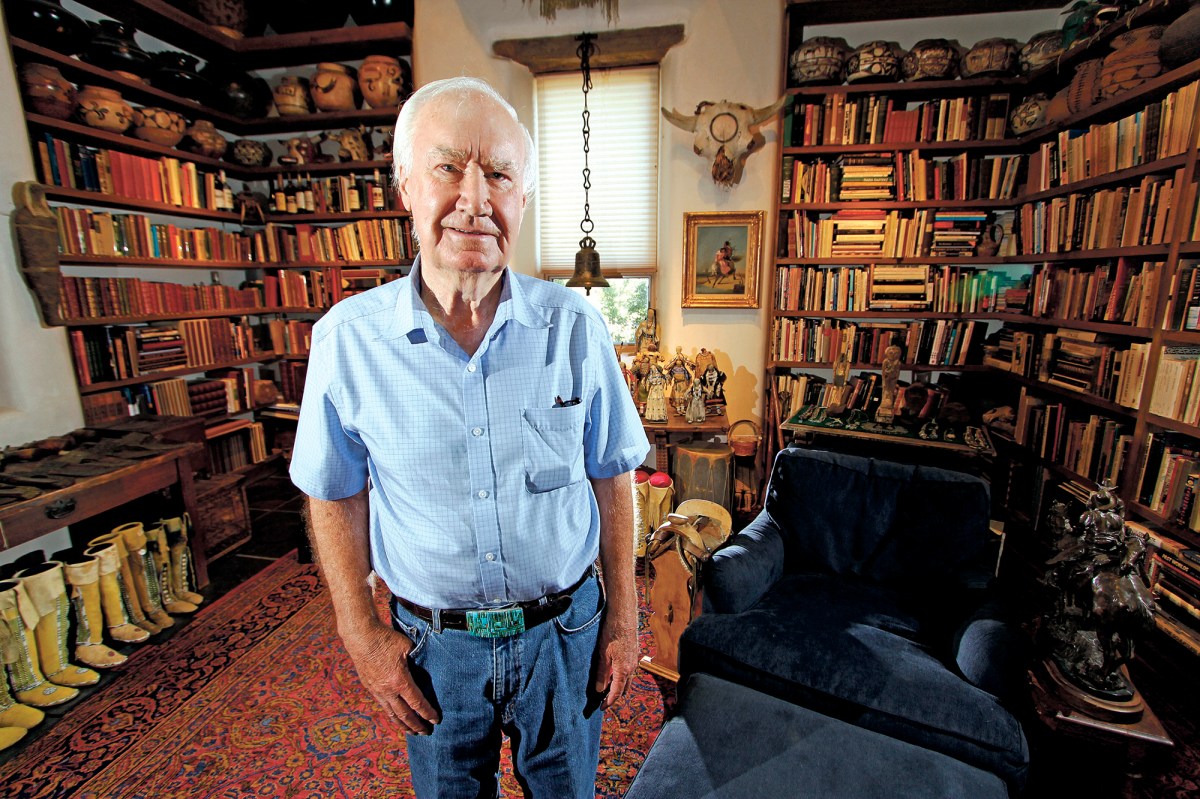 Santa Fe author Forrest Fenn, known for his 2010 book “Thrill of the Chase” which inspired a popular treasure hunt in the Rocky Mountains, died on Monday. He was 90.

Fenn died of natural causes in his Santa Fe home.

The writer and former U.S. Air Force pilot rose to notoriety after a poem in his memoir “The Thrill of the Chase” hinted at the location of a hidden cache of about $2 million in jewels and gold. His poem not only inspired treasure hunters to embark on their treacherous quest for his treasure but encouraged them to document their own experiences on the hunt.

Earlier this year the popular hunt made headlines as a Colorado woman, whose husband died searching for Fenn’s secret treasure, claimed that the Santa Fe writer never hid anything. Despite the woman’s claims, Fenn announced that another hunter following his clues supposedly found the treasure. The author, however, did not disclose the successful hunter’s identity.

While Fenn’s decade-long treasure hunt attracted many people hoping to discover the riches, the mystery of the hunt itself and its creator caught the eyes of industry folk.

The Travel Channel featured an installment centered on the famed treasure hunt for its Expedition Unknown series in 2015. In 2016 Tomas Leach released his documentary “The Lure,” which followed a number of hunters on the lookout for Fenn’s rumored fortune. Two years later Fox even acquired a TV drama, called “Forrest’s Treasure” inspired by the hunt.

In July Deadline reported that Jake Szymanski was set to direct Studio 8’s movie inspired by the treasure hunt.

Article written by Deadline of nypost.com

Some Winnipeg schools calling for full-day mask-wearing for all students, staff – Winnipeg