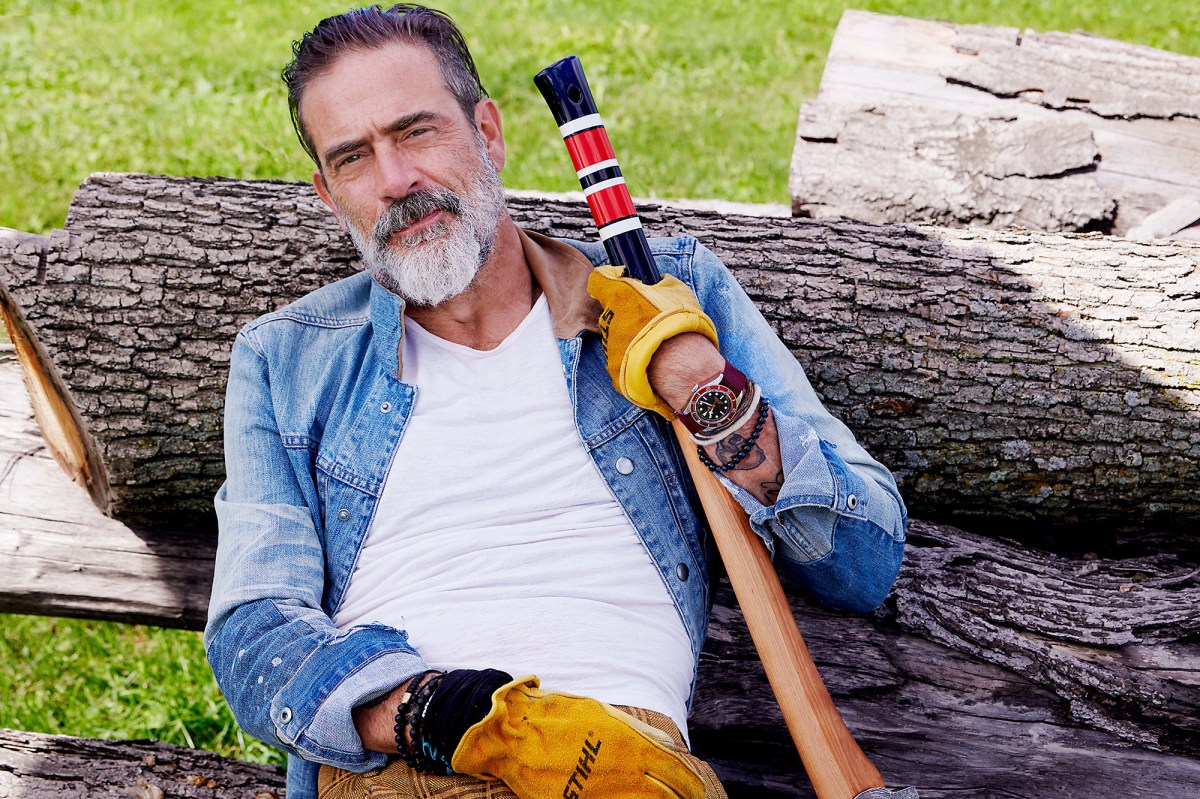 If last month’s abrupt cancellation of cable’s most popular drama, “The Walking Dead,” caught you off guard, you’re not alone. It also surprised the show’s star.

“We had just talked about extending my contract for a couple more years, so that’s how it was left a few months ago,” says Jeffrey Dean Morgan, who plays fan-favorite Negan on the show.

Morgan says the decision to close up shop on the zombie drama came from a combination of factors, with “COVID and this [upcoming] supersized season being the two major things.”

Although the show’s Season 10 “finale” (which was delayed six months due to the pandemic), finally aired last week, network AMC announced — in a bit of scheduling emblematic of these chaotic times — that six more episodes of Season 10 will air in early 2021. Then, the final Season 11 will run for 24 episodes over two years.

When filming on the series wraps next year, Morgan, 54, will be a free agent for the first time in years. He’s now left to sift through the possibilities about what comes next.

Since the coronavirus hit, Morgan has been locked down on his 100-acre farm in Rhinebeck, New York, with his wife, “One Tree Hill” actor Hilarie Burton, and their two kids, a 10-year-old boy named Gus and a 2-year-old girl named George.

“The farm is no joke. It’s work,” he says. “I’m in charge of all the animals, and Hilarie is in charge of the gardening.”

Morgan fell in love with the Hudson Valley area 10 years ago, while filming a movie in Kerhonkson. He and Burton, who were living in LA at the time, soon bought a log cabin outside Rhinebeck. They later upgraded to the farm they call “Mischief.” (It’s named after a 19th-century animal tombstone they discovered on the property.) They’ve since unloaded their LA home and moved to Mischief permanently.

“I’m not good at sitting on my ass. My wife is the same way,” Morgan says. “LA was not conducive for us. There’s always something to do here. There’s no sitting around.”

Farming is in Morgan’s blood. He grew up in Seattle, but his grandmother owned a pig farm where he used to work every summer. These days, the actor enjoys chopping firewood and tending to his menagerie of pet animals, often with “100 percent Daddy’s girl” George in tow. Rhinebeck, he says, has become “our town.”

“It’s the first time I’ve felt at home in my entire adult life,” the actor says. “It’s a combination of the people and the scenery. It’s a different vibe from my 20 years in LA when I didn’t even know my neighbors.”

He and his wife co-own (along with Paul Rudd and his wife, Julie Yaeger) Samuel’s Sweet Shop, a quaint candy store on Rhinebeck’s main strip. The store’s former owner, Ira Gutner, was the first person Morgan met in town. When Gutner died in 2014, Morgan and his friends decided to buy the store to keep it from closing.

“I don’t get free candy, but I get free coffee. That’s the big perk,” the actor jokes.

Morgan has always been industrious. As a young man, he sold paintings and worked as an extra for films shooting in Seattle. In the early 1990s, he moved to LA to pursue acting full time.

His first audition was for the role of Blackie Parrish on “General Hospital.” (Instead, a then-unknown John Stamos landed the gig, launching his career.) Morgan next auditioned for a low-budget Roger Corman flick called “Uncaged.” He was cast as a pimp.

“I had just moved to LA, and I was driving down Hollywood Boulevard with a camera mounted on a convertible Cadillac, and I thought, ‘Oh, my God! I’ve made it!’ ” he recalls.

But true success would take another 15 years. Throughout the ’90s and early 2000s, Morgan was cast in straight-to-DVD movies and in one-off roles on TV shows — just enough to eek out a living, but barely.

“That’s a long time and a lot of conversations had with family and friends, like, ‘What are you doing with your life?’” he remembers. “I was living in Hollywood in my mid-40s, and I had a roommate, and it was like, what the f – – k?”

Then, within two weeks in 2005, it all came together. Morgan landed juicy roles on “Weeds,” “Supernatural” and, perhaps most notably, “Grey’s Anatomy.”

Since then, he’s been a reliable presence on TV and movie screens. But now, as the end of his most recent job is in sight, the anxiety most every actor suffers comes creeping in again.

“I hear ‘The Walking Dead’ is going to end, and it’s like, will I ever work again, you know?” Morgan says. “I always think [an acting career] is going to go away because it’s so hard to get.”

Still, it seems unlikely that work will dry up for the popular star. He’s exploring a Negan spinoff, featuring the onetime baseball bat-wielding villain who has of late mellowed.

“I think it’s not over for the story of Negan,” Morgan says. “There have been brief conversations. Stars and planets need to align, but I’m interested in seeing where this character goes and talking about something, whether it be a show or a movie.”

Another long-rumored project would involve Morgan strapping on Batman’s cape and cowl. In 2016, the actor played Bruce Wayne’s father, Thomas, in “Batman v Superman: Dawn of Justice.” And in an alternate universe explored in the comic books, Thomas becomes Batman after his young son is killed.

Morgan says that director Zack Snyder first floated the idea when the two were filming 2009’s comic-book adaptation “Watchmen,” in which Morgan played the superhero Comedian.

“Then, when [Snyder] called with the role of Thomas Wayne, he was like, ‘Look, it’s Thomas Wayne. We’ve seen him before, but there’s more, Jeff, and we’ll dive in at some point. It’s a down-the-line thing,’” Morgan recalls. “I said, ‘OK, yeah, I’ll go to Chicago for one night of filming and freeze my ass off, because I know, in a couple years, we’re going to be talking again about something totally different.’ Then it never came to be.”

Snyder and nearly all the executives in charge of DC’s film universe have since moved on, and Morgan says it’s unclear if any of Snyder’s down-the-line plans will ever come to fruition.

In the meantime, Morgan, who has appeared in other DC films, including 2010’s “The Losers,” says he’d love to defect to Marvel.

“Marvel is so on it right now, if they called with anything, I’d say, ‘That’s great.’”
Late last month, Morgan returned to work for the first time since the pandemic struck, heading to Boston to finish a horror movie called “Shrine.”

Then it’s back to work on “The Walking Dead,” which he says has been nearly a year-round job since he started in 2016. Besides staying employed, Morgan says his goal is to get better as an actor, which also drives him to be a better person.

All watches available at London Jewelers